Did you know that Dolphins are one of the most intelligent marine mammals? Dolphins, just like humans, engage in complex social behaviors that help them thrive in the deep blue oceans. It is no wonder they are the marvel of marine mammals. More than 40 types of dolphins exist, from common dolphins to Atlantic Bottlenose dolphins. Read as you learn the following information about Atlantic dolphins found along the South Carolina shore.

If you have ever wanted to go sightseeing and catch dolphins in the Atlantic Ocean swimming, this blog will tell you things you need to know and help create the perfect special moment with these majestic mammals.

In this article, we will talk about:

Species of Dolphins in the Atlantic Ocean

There is a variety of dolphin species that inhibits the Atlantic Ocean. Below is a list of the most popular dolphins worth sightseeing along the South Carolina shore.

First and foremost, the Atlantic Spotted Dolphin, known as Stenella frontalis, is a type of dolphin that lives in the Gulf Stream in the North Atlantic Ocean. A full-size Atlantic spotted dolphin is measured at 7.2 to 8.2 feet and weighs approximately 200 pounds. The coloring tends to vary as these dolphins mature over time, resulting in white spots becoming denser with a whole black body. An adult-sized Atlantic spotted dolphin can have up to 42 teeth in each row of the upper jaw and 40 teeth in the lower jaw. They also are swift swimmers and love to show off their acrobatic displays. An Atlantic Spotted dolphin has an average lifespan of 30 to 40 years.

Atlantic White-Sided Dolphin, known as Lagenorhynchus Acutus, is another type of dolphin that lives in the temperate waters and roams in the North Atlantic Ocean. An adult Atlantic white-sided dolphin can grow up to 7 feet long for females and 8 feet for males. They also can weigh between 360 to 505 pounds and have an average lifespan of 27 years. These dolphins earned the name Lagenorhynchus Acutus, which translates to a pointed bottle beak due to the shape of their stout. An Atlantic white-sided dolphin comes in a dark gray cape with light gray stripes on the sides and a white underside. They also can have a soft yellow flank overlapping the white sides.

Another dolphin that roams in the Atlantic Ocean is the Fraser’s Dolphin, scientifically called Lagenodelphis hosei. An adult Fraser’s dolphin can grow up to 9 feet in length and weigh as much as 440 lbs. A Fraser’s dolphin features a stocky build and a small dorsal fin with smaller flippers compared to other dolphins. In addition, they come with dark gray on the upside portion of the body and a dirty cream that runs along the sides towards the underbelly, which turns white and sometimes slightly pink. Fraser’s dolphins often porpoise and come in tight groups ranging from 100 to 1,000. A Fraser’s dolphin has a lifespan of up to 18 years.

The Clymene Dolphin, known as Stenella Clymene, is endemic to the Atlantic Ocean, making it a rare sight. An adult Clymene dolphin can grow up to 6.6 feet in length and weighs between 165 to 176 lbs. This dolphin comes in a dark gray body with a light gray that runs above the beak towards the underside body, which the band thickens. In addition, the Clymene dolphin features a shorter beak and a curved triangular dorsal fin, unlike other dolphins.

Aside from these four famous dolphins exclusive in the Atlantic Ocean along the United States east coast, there are common dolphins that you should keep an eye on. An adult common dolphin can grow up to 8.2 feet long and weighs approximately 330 lbs. Their body is coated with a dark gray and white underbelly shaped like an hourglass. Along with common dolphins, short-beaked, long-beaked, spinner, white-beaked, and striped dolphins live in the north and the south Atlantic Ocean.

Best Location to Sightsee Dolphins in the Atlantic Ocean

Best Time to See Dolphins in the Atlantic Ocean

The best time to sightsee dolphins is early morning, from 5 am to 10 am. That is when the dolphins hunt for food and spend the rest of the time playing with each other. The spring and summer are the best seasons when the tides are high, significantly increasing your chance of sightseeing dolphins.

How to Track Dolphins in the Atlantic Ocean

Luckily, there are many great ways to track dolphins in the Atlantic Ocean. If you are looking to sightsee as many types as you can along the South Carolina shore, this map tool contains everything you need to know about the location of dolphins in the Atlantic Ocean. Another free dolphin tracker app built by Pacific Whale Foundation is also a great way to get the latest information on recent dolphin sightings. This app displays all user-generated sightings of dolphins in the previous seven days in real-time and does not rely on tagging them. It is a valuable tool that you can use to help plan your sailboat journey.

Seeing the dolphins up close, both in person and in action, is a thrilling experience that will last a lifetime. Dolphins are intelligent, social, and complex marine mammals that will undoubtedly capture your attention. If you want to have an up-close dolphin encounter, visit Folly Beach on the South Carolina shore. Work with an ethical sailboat company like Sailing The Edge Of America that will watch your and the dolphins’ health to maximize your sightseeing experience. 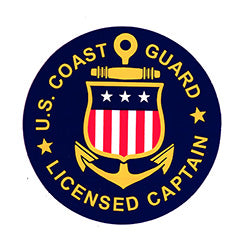 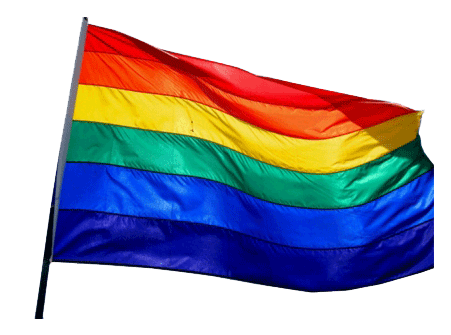